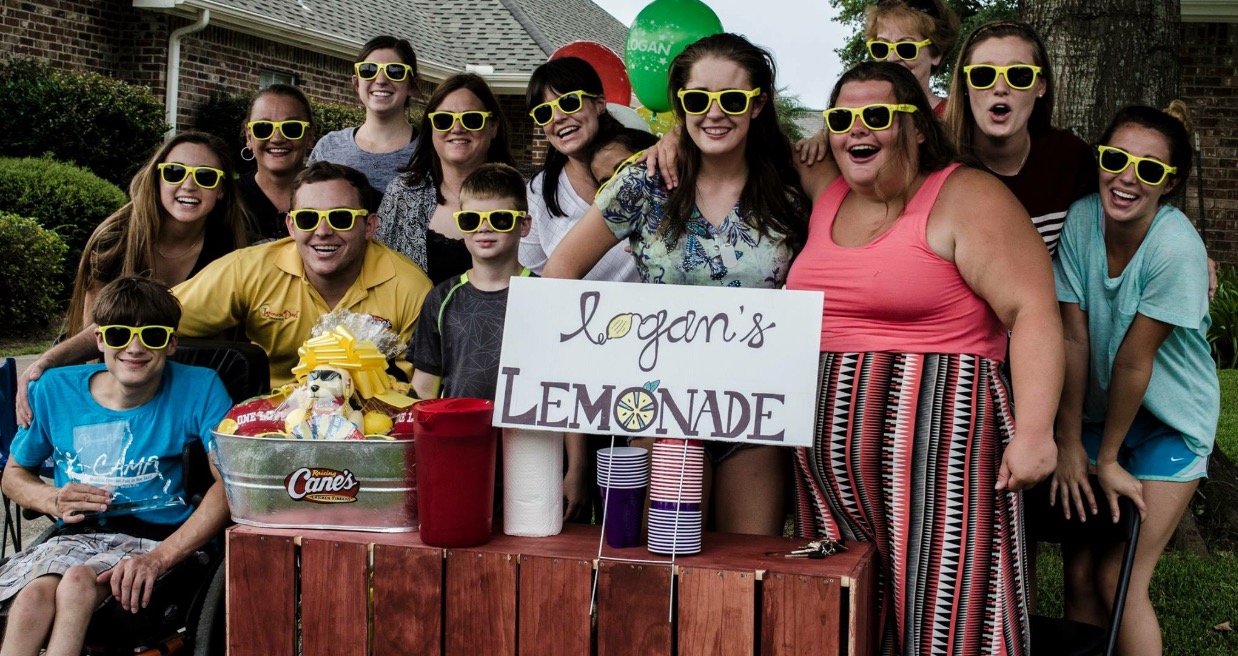 On July 5, 2016, Lemonade Day Louisiana named Logan Watkins of Lafayette, LA our 2016 Entrepreneur of the Year!  Logan and his brother, Lucas, participated in Lemonade Day and raised more than $2,000!  Not only did Logan raise money and exceed his goal set forth in his 2016 Lemonade Day lesson plan, he donated majority of his proceeds to a local charities in Lafayette – CYT and DREAMS Foundation of Acadiana. Logan, who has Spina Bifida, has always had the motivation and drive to become an entrepreneur.  His catchy slogan “Please buy some lemonade, I need a limo for my Lady!” was such a hit on social media that he generated high traffic and popularity leading him to surpass his goals and become a celebrity spotlight with the local media. Within a few hours, Logan’s (now famous) Lemonade, achieved his intended goal, covered his cost, paid back his investors, donated to charity, and also received a free limo and a free trolley for the night! Now that’s a Lemonade Day Louisiana success story!

(Top Left) Logan projects a big smile for cameras as he is surprised by the Lemonade Day Louisiana Team on July, 5, 2016, with the entrepreneur of the year award.

(Middle) Logan charms the camera and news anchor during an interview.

(Bottom) Executive Director, Jordan Piazza and Assistant Director Jaimee Little, surprise Logan and his Lemonade Gang with his fantastic accomplishment and achievement as Lemonade Day Louisiana Entrepreneur of the year!

Don't miss out on Lemonade Day this year!