Lemonade Day introduces young people to the world of business 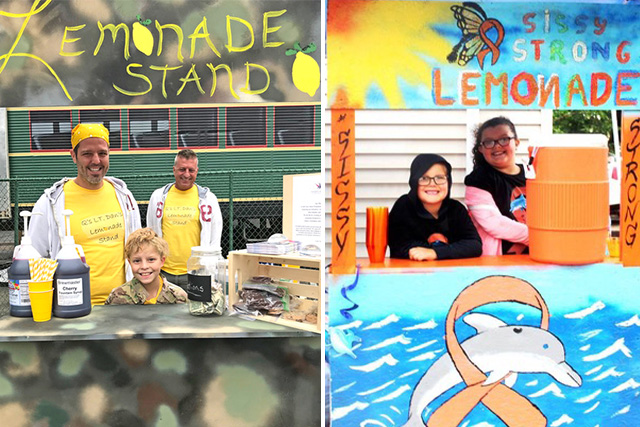 Lemonade Day introduces young people to the world of business. The national program with strong roots in Richmond and Wayne County offers young people a chance to build a business, find sponsors, attract customers, learn to budget and spend and make a profit.

It also allows young people to show their imagination in giving back to their communities.

Seven-year-old Jayde DeSonie of Richmond modeled her family’s efforts to help people in need, created a stand and a social media sensation and raised over $2,000 for a girl she had never met.

“I knew Alaina was having a rough time so I said to my mom, ‘Why don’t we do our lemonade stand for Alaina?’ I just thought she can’t be doing this all by herself.”

So, with the help of the A.O. Moto Motorcycle Club, which had already begun raising money for Alaina’s family, Jayde and her little brother Jaxon braved a cold and rainy day to serve lemonade and collect donation after donation.

Jayde used all the donations to pay for a day at the Indianapolis Zoo for Alaina and some friends. Part of that trip was a chance to interact with dolphins.

“I’m so proud of her,” her mother said. “It was definitely one of those moments you can’t teach without Lemonade Day.”

Quentin Scheibler missed his brother, Austin, who was serving in the U.S. Army at Fort Campbell, Ky. Quentin, then a 9-year-old and third grader at Centerville Abington Elementary School, loved the movie “Forest Gump.”

He like the character Lt. Dan, played by actor Gary Sinise. When Quentin and his dad, Terry, built their stand, they researched ways to donate to benefit those serving in the military.

They found the Gary Sinise Foundation, which raises money to support wounded veterans, first responders and their families.

It was a natural for Quentin.

“I wanted to help people who needed it,” Quentin said. “I miss my brother. That’s what I want for my birthday is for him to be home.”

So Quentin and his dad assembled their stand — titled “Q’s Lt. Dan Lemonade Stand” — went over their business plan, hand-squeezed dozens of lemons and served cherry and strawberry lemonade, cookies and brownies and raffled off flower arrangements.

Quentin’s stand won the Lemonade Day Best Taste, Best Stand and Best Service awards, raising over $350, half of which went to the Sinise Foundation.

“I just felt proud of myself for going through the whole thing and I thank Daddy for helping me,” Quentin said.

“It was a team effort and a neat experience for everybody,” Terry said.

“These kids are amazing,” said Fonda Wilds, Richmond Director of Lemonade Day. “Our goal is to inspire entrepreneurs but, in the end, these young people, their stories inspire all of us. They demonstrate how to be a good citizen and a good person.”