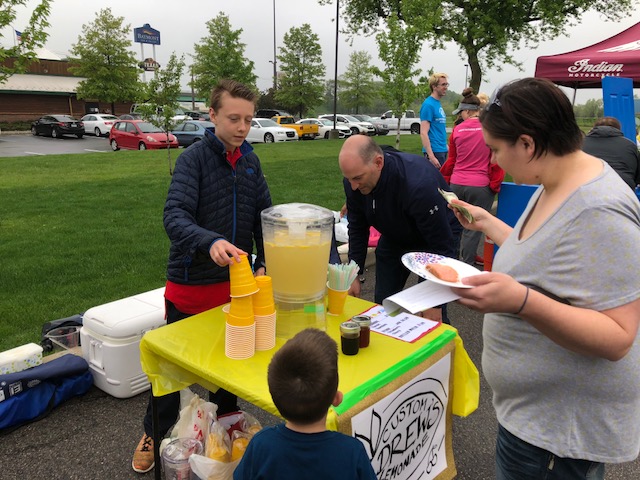 Our mission is to help today’s youth become the business leaders, social advocates, community volunteers and forward-thinking citizens of tomorrow...one lemonade stand at a time!

1) Kids, Ask an adult to register you online and mentor you through your Lemonade Day experience.
2) Pick up your free Lemonade Day kit bag at any of our participating locations throughout the county & get to work!
3) Set up your stand on the big day, sell sell sell, and send us your business results!

Lemonade Day is a free community-wide educational program designed to teach youth how to start, own, and operate their own business – a lemonade stand!

This year marks the 10th anniversary of Lemonade Day in Elkhart County. 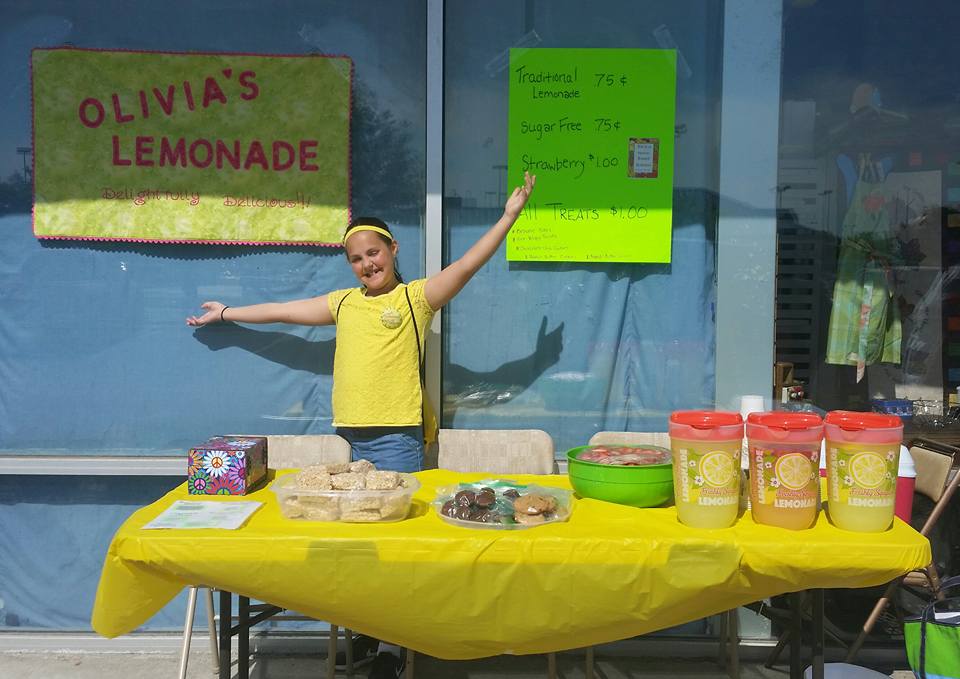 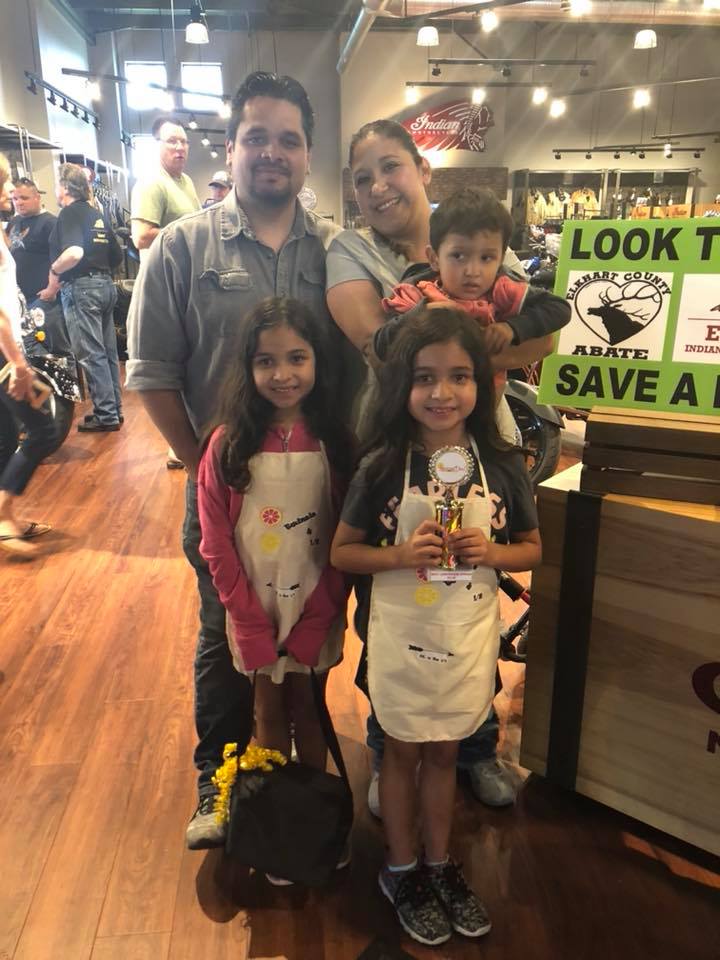 We're thankful for the overwhelming support in the Elkhart County Community.

Keep up with Us & Lemmy! 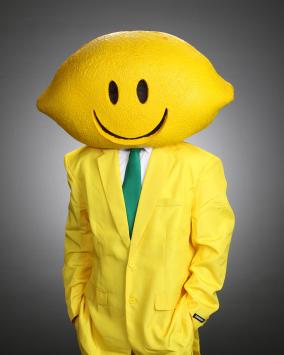 Be sure to look for him and his many adventures by following us on Instagram and liking us on Facebook, along with the hashtag, “#LemmyLoves”!

Click here to stay up to date on Lemonade Day happenings all around the community! 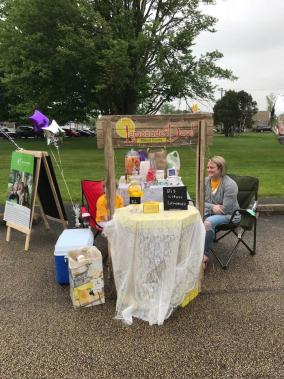 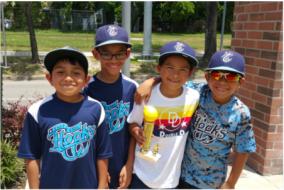 For Jack Gorski, there were a lot of hard decisions to make for his lemonade stand, but it was fun and hard all at the same time!

Jack had to make decisions like how many cookies to make and how much to charge for lemonade, which his parents credit to learning about supply and demand first-hand.

Jack's parents, Tom & Debbie Gorski, assisted him in setting up his stand on the big day at the Middlebury Lemonpalooza festival, but they left the business to him! They helped him make banners and set up the stand ,but they let him come up with his own ideas and business model.

Jack sold his lemonade for $1 a cup in the parking lot of Das Dutchman Essenahus. Gorski also sold baked goods, including cookies and Rice Krispie treats, for a dollar.

Jack decided that fifty percent of his profits were to be donated to Riley's Children's Hospital, and after paying back his parent investors, he decided to save half for himself!

Jack hopes to participate again next year and is already planning his stand. 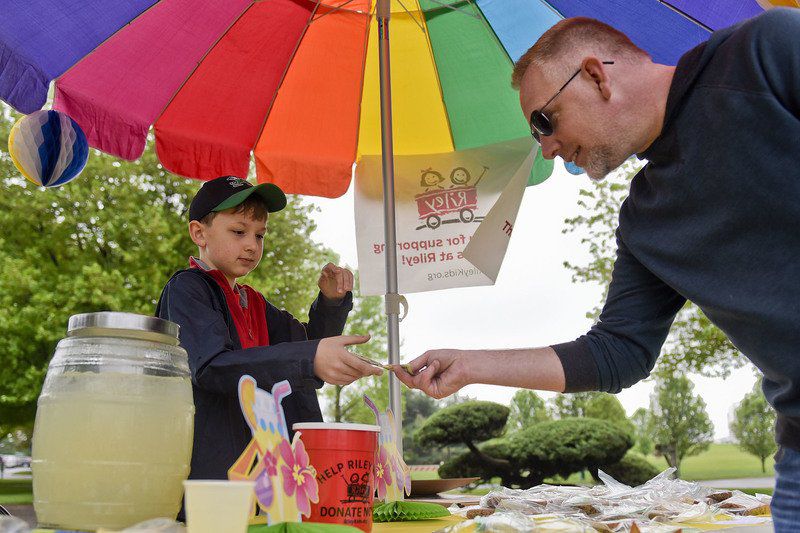 Part of running a successful business is choosing your location!  Lemonade Day of Elkhart County will be celebrating Lemonade Day2022 as a community on Saturday, August 6th with Lemonade Day at JA BizTown at the ETHOS Innovation Center.  You will have a chance to set up your stand outside of JA BizTown for their Community Open House that will take place from 9:30 am to 11:30 am.  STUDENT PARTICIPANTS WILL NEED TO BRING THEIR OWN CARDTABLE TO SET-UP THEIR STAND AND WILL BE REQUIRED TO REGISTER SO WE CAN PLAN APPROPRIATELY.

To register your stand to set up for the JA BizTown location, enter in the location address from above when registering your stand on the map.  You may also choose to brand your own stand at a location of your choice.  If hosting a stand at a place of business, please make sure to verify this is acceptable with management.

Zoom in to see more stands!

Want to learn more about how to get involved with Lemonade Day Elkhart County ?