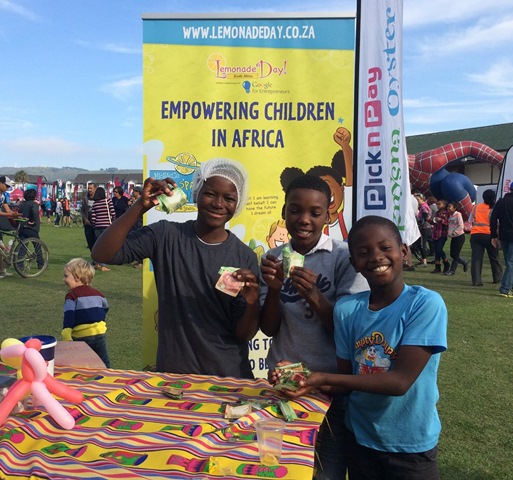 Bongani comes from a disadvantaged background, but that didn't stop him from going after his Lemonade Day goals. With the support of his mom, he came to the Lemonade Day South Africa trainings and showed incredible tenacity.

When I arrived late to our first Saturday Lemonade Day (my plane was delayed), he was the only one left. He had a huge 50 litre container of lemonade, and it was half full. I asked where everyone else was, and he said they had gone home but he was not going home until he had sold everything. We worked together and were able to sell all of his lemonade. That Saturday, Bongani made R1600, which is about $640. In one day, Bongani earned more money than his parents earn in a month. He was excited, to say the least!

This experience has truly changed his life, as it showed him what is possible and how he can get out of poverty. Lemonade Day is all about self-confidence and teaching someone how to make a dollar or an R1 so that they can be in control of their own destiny. His world has now changed.