Since its start Lemonade Day has touched the lives of over 1 million children.  We are endlessly proud of that.  But what gets us up in the morning are the individual stories of what kids have learned through the Lemonade Day Program, and how those lessons have influenced their lives over the long-term.

Meet Tiye McKethen.  Tiye started participating in Lemonade Day at age 9, during Lemonade Day’s inaugural year. Below is her story.

In 2007 Tiye had recently moved with her family to Texas from Florida. Shortly after moving, her parents divorced and her mother became a single parent, working full time.  When not in school, Tiye and her siblings were often at their mom’s office. This started to give Tiye a taste of the business world. But she notes, “When you are a kid, going to an office is fun at first, but then you get bored.”

That same year the Judson Robinson Junior Community Center began offering Lemonade Day to local children. Tiye joined in and began what turned out to be a wonderful journey. “Lemonade Day was the first time I was doing something that amalgamated all this knowledge I had gained being dragged along with my mom to work, together with my experiences from just being a kid. It inspired me a lot,” Tiye recounts. Lemonade Day was providing real-world business experiences to Tiye at an age-appropriate level.  As a 9-year-old, she felt empowered. 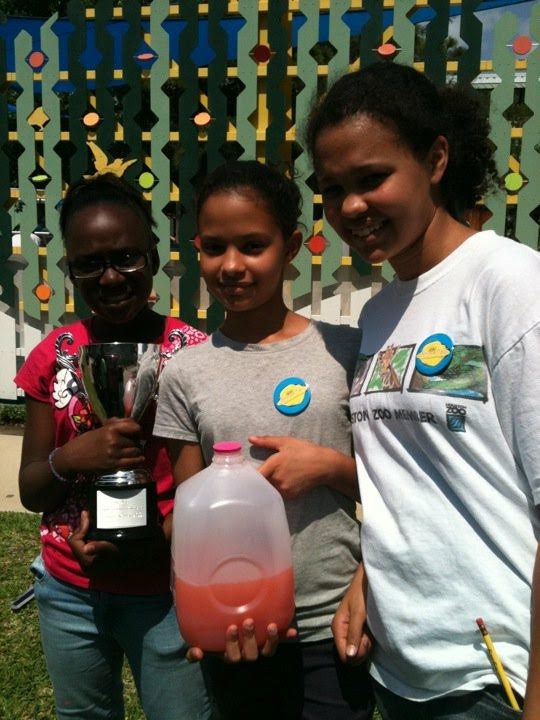 That first year, Tiye set up a table in the front yard and began selling lemonade. Her sister came up with the stand name, “We’ll Blow You Away,” and Tiye ran everything else. She says of that first stand, “It was just some folding tables and chairs, nothing luxurious, but it was my business. I would brag to my school friends telling them ‘I’m a business owner.’ I was proud.”

The next year, Tiye was determined to grow her business. Judson Robinson sponsored Tiye and her sister, and once they realized that there would be a city-wide Best Tasting Competition, the girls were determined to win. “We have a very competitive family, and because Judson was sponsoring our supplies we went all in… I kept thinking ‘I am going to win this.’”

The Best Tasting Competition was held at the Children’s Museum of Houston. “I was excited because this was actually something beyond my little sphere of community. With Judson we were selling to people we knew, but with the Best Tasting Contest there were people from all over the city,” Tiye recalls.  After much anticipation, Tiye and her sister won most unique lemonade. They were ecstatic, “I remember being so happy because I saw that there is actually something that comes out of hard work. When you are a kid you don’t necessarily have that many tangible rewards for hard work, but the moment that it got real for me was Lemonade Day. It was really the point where everything came together for what my future would be like and what opportunities I could have.”

After her win at the Best Tasting Competition, Tiye was invited to participate in an event at the home of Lemonade Day founder, Michael Holthouse. She got to design her own lemonade stand and set it up in Michael’s driveway. She and her mom spent hours painting the stand and getting it ready for presentation. At the event Tiye sold her lemonade and interacted with some powerful guests, “We met with a lot of cool people. Paul Rice, a founder of Fair Trade, was there and meeting him was absolutely insane to me as a kid. Being able to see these people who are making a positive impact and part of a financial sector that I didn’t really have access to was really powerful. I was meeting these people who had done amazing things, and I only had one degree of separation.” 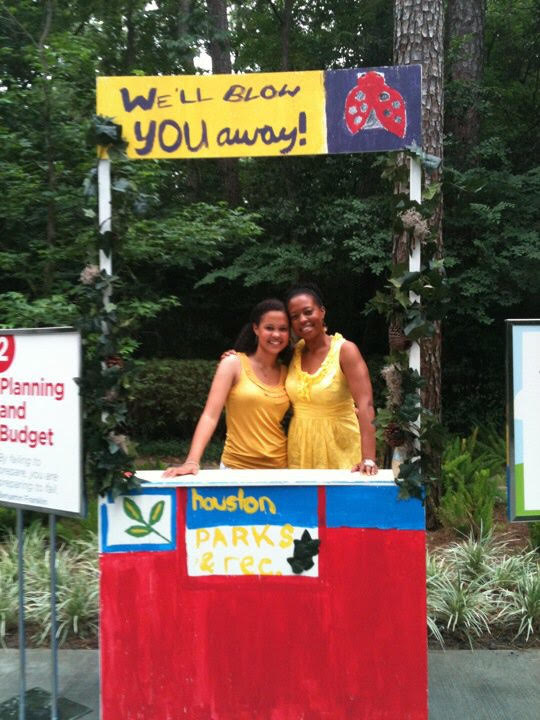 After the event, Tiye started getting more involved in her community. She says Lemonade Day gave her a new understanding of the world and she wanted to keep learning. It also helped her overcome her inherent shyness and become more focused on her future.

Years later when Lemonade Day asked her to speak at an event, she was extremely proud of how far she had come, “Lemonade Day was so powerful for me. I am constantly telling people, ‘Put your kids in Lemonade Day.’ The connections you get from these programs and what you learn are so important. I remember all the little details of Lemonade Day. They are the building blocks of who I am today.”

This year Tiye graduated high school.  During her senior year she started a graphic design business called “Right on Tiyem,” where she helps design, code and create websites for her clients’ businesses. For now she is only taking referrals so she can focus on what’s ahead… college.

Tiye is starting at The University of Texas this fall. She plans to double major in Statistics and Cultural Anthropology, so she can work with cities to help them rebuild and grow in the way that nurtures and protects each unique community.

Lemonade Day ignited both a passion for the community and a passion for entrepreneurship in Tiye. She hopes to one day run her own consulting firm. She says, “I want to know everything that I possibly can, and I want to build as much as I can. Lemonade Day showed me that there are so many resources available, and I am capable of using them to achieve my goals.” 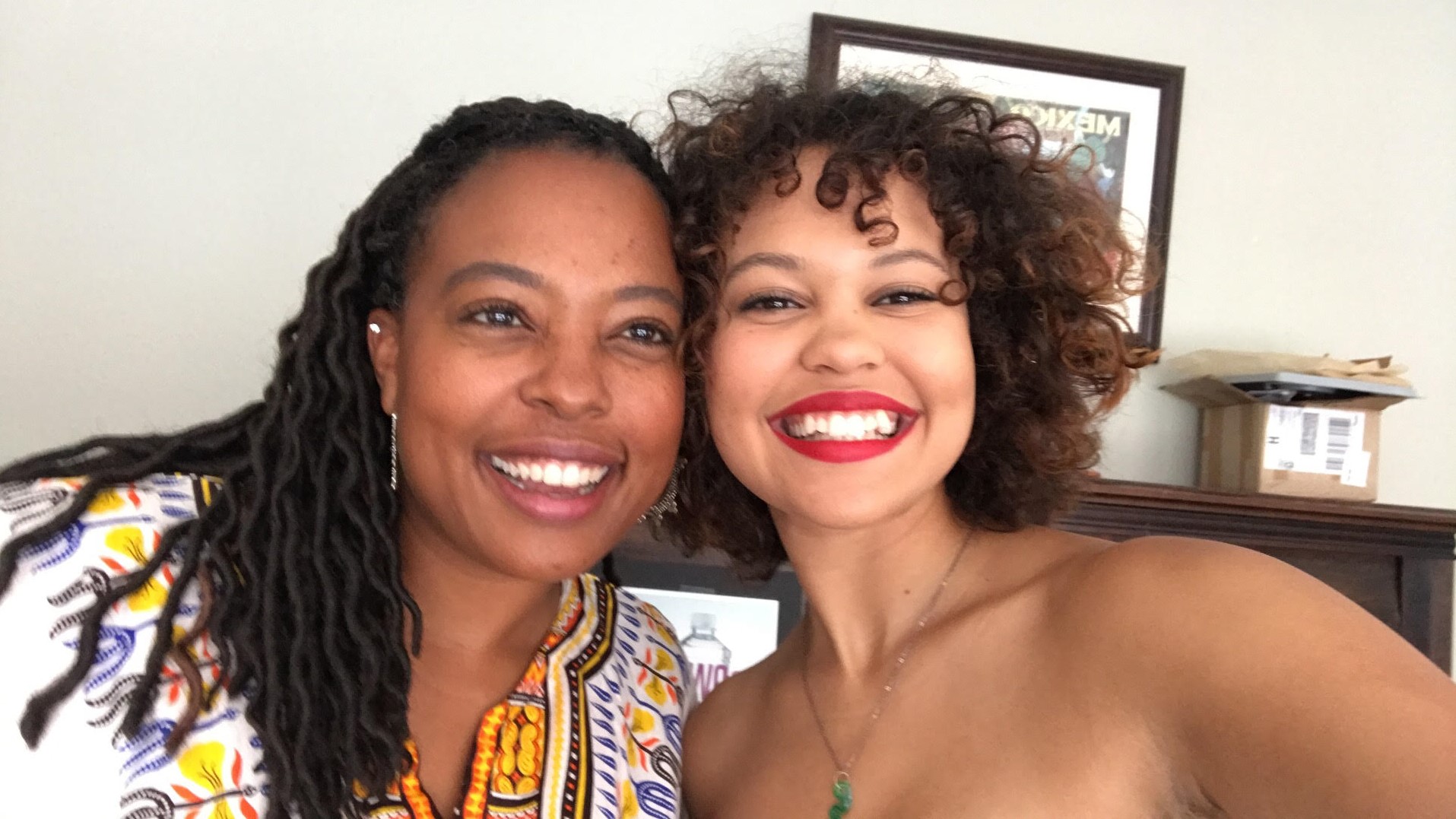 Do you want to participate in next year’s Lemonade Day? Contact your local city to find out how your child can learn to be an entrepreneur, or learn how you can volunteer in your community.

Lemonade Day is a non-profit dedicated to teaching every child across North America the business and financial skills that are the key ingredients of entrepreneurship. By learning these skills early in life, children will be better prepared to be successful, financially healthy adults. Through our fun, hands-on program Kids K-5 are empowered to start their very own business—a lemonade stand—and experience the feeling of earning real money, using 100% of their profit to spend, save and share based on their own goals.

Lemonade Day is in 62 cities throughout the United States. Over the past 10 years, we have served more than 1 million kids in our kid entrepreneur programs and in 2016 alone, 101,000 kids participated in Lemonade Day.

Visit LemonadeDay.org to learn how to participate in Lemonade Day in your city.