In 2009, Rohit Srinivasan’s parents noticed a flyer for Lemonade Day in their Austin, Texas fitness center and decided to sign him up for the program. Fast-forward eight years, and Rohit has started his own company even before graduating from high school. 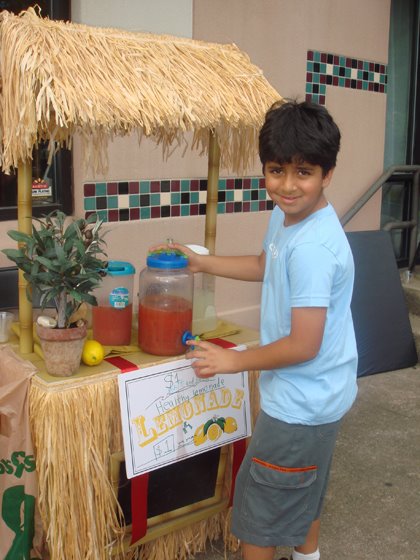 As a child, Rohit’s dream job was to own a business. Explaining this early passion, he says, “I didn’t know how to spell ‘entrepreneur,’ but I knew that’s what I wanted to be.” The Lemonade Day program in Austin introduced him to what it means to start a company, along with the responsibilities that come along with it.

As Rohit shares in an essay he wrote in the 10th grade on why Lemonade Day was so important to him, he realized that in order to be successful in selling a common product, it’s vital to be different. Because Rohit set up his stand in front of the very gym where he and his parents signed him up for the program, he decided to sell healthy lemonade: strawberry-based with cucumbers, spinach, and berries…and no sugar added. His lemonade was naturally sweet and good for his customers, one of which loved it so much that she purchased a gallon from him for a party she was hosting that evening.

Rohit shares three important business lessons he learned from Lemonade Day, which have contributed to the success of his company: be unique, be socially conscious, and be opportunistic. He holds that if you can create a product that differentiates itself from others, it’s more likely to be successful and instill in you a sense of confidence toward your product. Inspired by Lemonade Day’s recommendation that participants donate a portion of their revenue to charity in its “spend some, save some, and share some” model, Rohit donated 30% of his sales to The Miracle Foundation and The Entrepreneurs Foundation. Rohit continued his involvement with The Miracle Foundation, later volunteering for them, which sparked the idea for his company, Trashbots—a platform that allows for the inexpensive teaching of coding, robotics, creativity, and problem-solving all over the world.

Rohit states that through Lemonade Day, he caught the “entrepreneurship bug,” and the program gave him the knowledge and skills to be successful. Though he was young when he participated, Lemonade Day offered a starting point on which to build. In his opinion, kids are so impressionable that the lessons they learn will stick with them long after completing the program.

Rohit’s inspiration for his company came from the reality that most science programs total a whopping $1,500 per student. Trashbots is one-tenth the cost of a traditional STEM kit. The kit is broadly accessible, offering the ability to use it from grades K-12 with no WiFi and limited electricity. The program features a structured curriculum and a simple build, so teachers can operate the kit without extensive training. The product has received high early demand and is on its way to being mass-produced, sold, and shipped.

Rohit believes that the average age of a successful entrepreneur tends to be high because kids and teens often lack the skills or knowledge to start their own companies. However, he holds that “being an entrepreneur is one of the most important things people can be because you’re making an impact.” Rohit loves that Lemonade Day operates as an incubator and offers access to mentors and in-depth lessons on bank loans, brand uniqueness, and other vital elements to be successful in business. Rohit sees the value in starting early in these lessons: “[The Lemonade Day curriculum] is important because it’s one that allows you to build a very successful company later on.”

When asked what advice Rohit would give to young entrepreneurs about how to launch a business after participating in Lemonade Day, he gave three tips: 1) Take as many risks as you can because even if they don’t work out, you have few financial obligations at this age and can get right back on your feet and try again, 2) It’s okay to fail because you will have learned from the experience, 3) Have fun, because the worst thing that can happen is that you stop enjoying yourself and forget that you are making something and changing the world. Rohit wants young entrepreneurs to remember that they can be creative with their ideas when starting their own business because there is no rubric or book to explain what to do (and there are no grades).

Rohit’s success doesn’t end with the creation of his company. He won the 2017 SXSW EDU Student Start-up Competition, has been interviewed by Fox News, and has presented at the United Nations Youth Assembly. Most recently, he was featured as one of the 15 Innovators Reshaping Texas in Texas Monthly, and Trashbots was recognized with the Honorable Mention Award at the 2017 Global Edtech Startup Awards Competition. He is set to speak at a conference in Chile this year as well as at the Business Startup Challenges and Youth Entrepreneurship Opportunities briefing co-hosted by Gallup and Lemonade Day in Washington, D.C. this month.

As a full-time student, a volunteer, and a business owner, Rohit has learned to budget his time, take notes, make lists, and avoid procrastination. Though he’s busier than the average 17-year-old, he wouldn’t change a thing about his path thus far. “It’s funny that something as small as writing your name and email on a registration form can turn into this. Lemonade Day changed my life’s arc and inspired me to pursue what I love.” 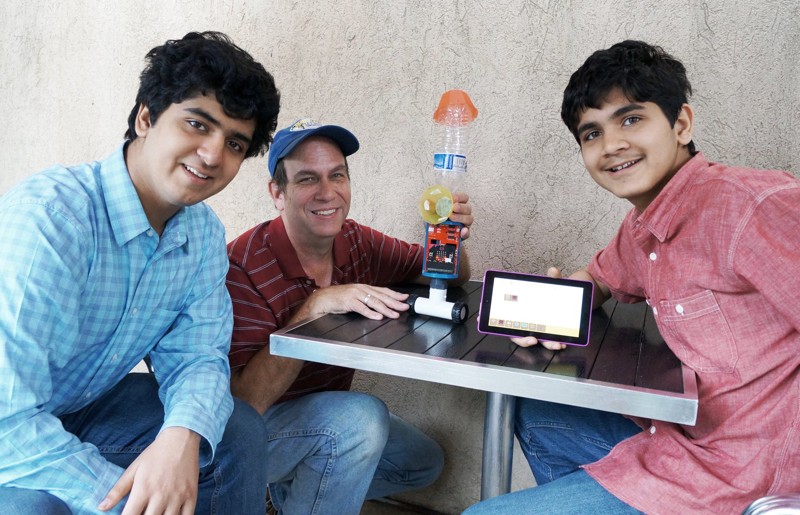