There is a buzz in the air at the Holthouse Boys & Girls Club in downtown Houston. Good Morning America is setting up cameras, two former Houston Texans are on their way to the club, the Lemonade Day team is gearing up for a lesson, and Mikaila Ulmer is flying around the room strategically placing her Me & The Bees Lemonade. Everyone is getting ready for the “Bee Brilliant Summer Event” to teach Boys & Girls Club youth about entrepreneurship and leadership. Who better to lead this event than 12-year-old Mikaila, a former Lemonade Day participant and the founder and CEO of Me & The Bee’s Lemonade. 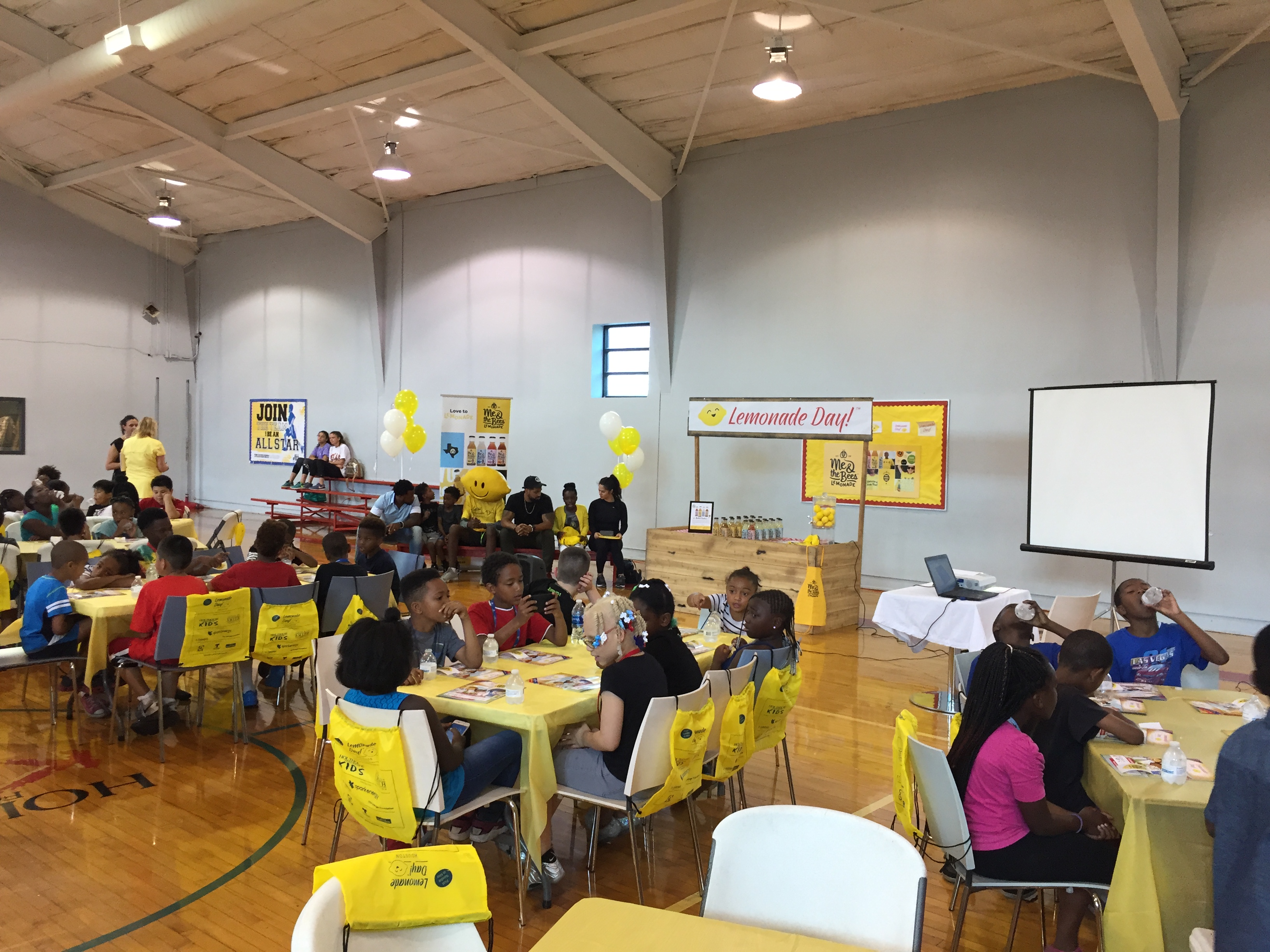 At 12 years old, Mikaila is a seasoned professional. She started her business after participating in Lemonade Day Austin when she was only four. During that time, two important events occurred. First, she was stung by two bees, and second, she came across her great-grandmother’s flaxseed lemonade recipe. After the bee stings, her parents encouraged her to learn more about bees, and as she did, she became passionate about saving the honeybees from extinction. Armed with a cherished recipe and a social mission, Mikaila set up her stand for Lemonade Day, and the business has continued to grow from there. In 2015, she appeared on Shark Tank and received a $60,000 investment from shark Daymond John; in 2016, she introduced President Obama during the United State of Women Summit and signed a deal to sell her lemonade at Whole Foods stores; and in 2017 she is being interviewed by Good Morning America and teaching young people about entrepreneurship with two NFL heroes.

The future is bright, but with all the success comes hard work and sacrifice. Mikaila is constantly working on growing the business, while also giving time and proceeds to saving the bees. In addition, she is traveling across the country for speaking engagements to share her inspirational story. She does all this in addition to attending school full-time and making time to play. She says, “A lot of people expect me just to go to business meetings and conferences, but actually what’s true is we always find time to hang out as a family and of course to go to school. I still have to do my homework and I still have to do more chores, but we do have to balance school, family, and our business.” Theo and D’Andra Ulmer, Mikaila’s parents, continuously try to nurture their kids’ entrepreneurial spirit and focus on the positives. Mikaila says, “I know I'm saving the bees and making a difference, so when I'm missing things it's worth it.” The family lives by the saying, “Don't be discouraged by life's little stings, get back up and spread your wings.” 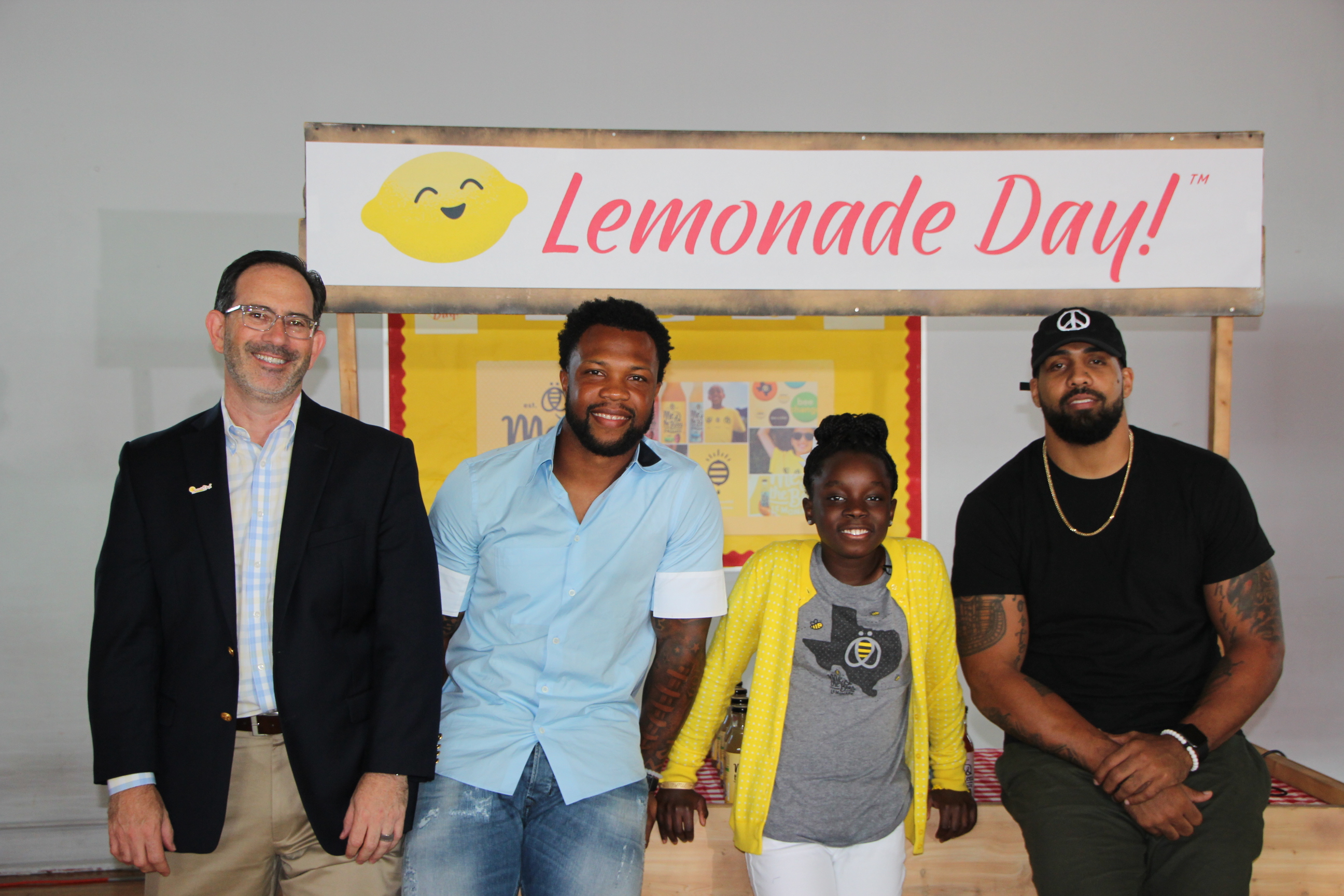 The “Bee Brilliant Summer Event” is something that the Ulmers have been looking forward to because it is another way they can give back to the community that has supported them over the years. This event is extra-special because the namesake of this Boys & Girls Club is Michael Holthouse, the founder of Lemonade Day. Once the event begins, Mikaila runs the show. There are almost 100 youth sitting in the gym of the Holthouse Club, fully engaged in the lesson. Mikaila first introduces Glover Quin and Arian Foster, two NFL greats that invested in Me & The Bees. Both Glover and Arian speak to the audience about the importance of setting goals and working hard to achieve your dreams, something Lemonade Day encourages throughout the program. They also talk about how inspiring Mikaila is to them. When asked about why they chose to work with Mikaila, Arian responds by saying, “She's so special, she's one of a kind. When you listen to her speak you forget she's a 12-year-old.” Glover and Arian also speak about the importance of fostering communities and supporting young entrepreneurs.

After the Q&A with Arian and Glover, Mikaila launches into a Lemonade Day lesson with the kids. Mentoring young people on entrepreneurship is something Mikaila is passionate about, she says “I would like to pass this lesson to other kids, you are never too young or too small to start a business. Like I started when I was four, you don't have to be an adult to start a business, and it's not usually as hard as it seems.” She wants to teach kids the Lemonade Day lessons because she says, “A way that kids can be entrepreneurs is through Lemonade Day. With [Lemonade Day] they can learn about running a business, doing the marketing and the finance. Every business can start with a lemonade stand. Once you know how to run a lemonade stand, you can run a business.” 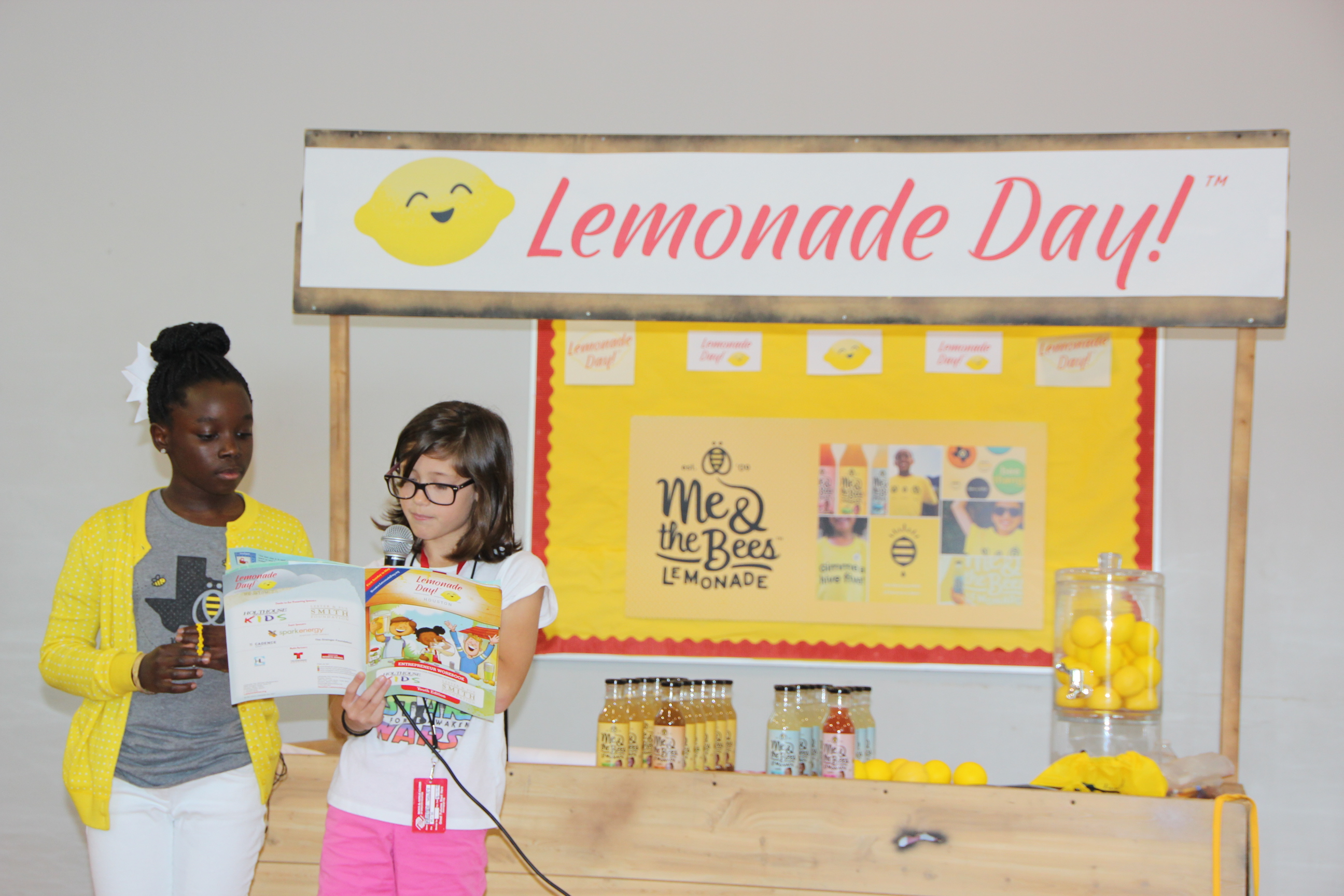 Once the lesson begins, Mikaila goes through how set a goal, make a plan, work the plan, and achieve your dreams. When she talks about Lemonade Day and how to become an entrepreneur there is no doubting what she says – she has already proved what is possible. After the lesson, the kids at the Boys & Girls club work in teams to create their own lemonade business using the Lemonade Day workbooks. Each table presents their business plan to the audience, and Arian, Glover, and Mikaila pick a winning team. The club is full of excitement about Lemonade Day and the possibilities entrepreneurship can open in the future. As star-struck as the kids are about being in the same room as two NFL players, Mikaila is the real star.

Mikaila has big plans for Me & The Bees, including a larger distribution, more products, and a nonprofit organization. Mikaila’s dreams are to see the honeybees thrive and to see more kid entrepreneurs in the world. She says, “My dream for the company is to have an even more measurable impact on the amount of kid entrepreneurs in the United States and I want to save more bees. I have a huge passion for teaching kids entrepreneurship because the kids today are going to be our future tomorrow. So, if we can teach them how to create a business based on a problem, they can create their own business like I did. We are all going to run the world someday. We are going to be running everything, so if we get started at 8 or 9 or 4, then we can apply everything we already know and really save the world.”