WHO WANTS TO BE A MILLIONAIRE? 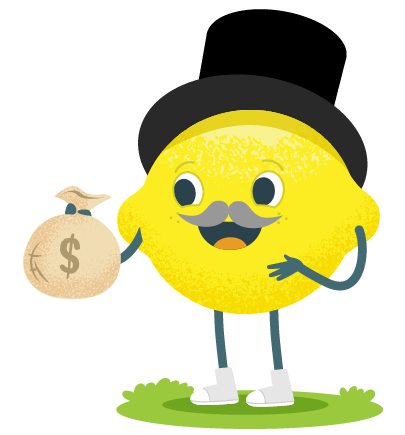 When I was younger and held down odd jobs here and there, I never considered that those experiences would help me make future decisions about what my life might look like. I earned money to spend on something I wanted. In retrospect, all those little experiences added up to big decisions I made for my career. I didn’t know how much money I wanted to make – I’m not even sure I wanted to be a millionaire, but I did know that I wanted to make a difference and that was, and still is, worth a lot in my mind.

We know not every Lemonade Day participant wants to be a future CEO, but the skills learned through their Lemonade Day experiences might make them millions in the future. Lemonade Day is all about sharing life skills and giving children an opportunity to see a golden future for themselves.

According to Wikipedia, Buffett is an American investor, business tycoon, philanthropist, and the chairman and CEO of Berkshire Hathaway. He is considered one of the most successful investors in the world and has a net worth of over $100.6 billion as of April 2021, making him the world’s seventh-wealthiest person.

Looking back, Buffett was a born entrepreneur. Wikipedia mentions several businesses Buffett owned from the young at of 5. These businesses included selling chewing gum to neighborhood kids, redeeming soda bottles for cash, selling magazines door-to-door, reselling used golf balls, working in his grandfather’s grocery store, delivering newspapers, detailing cars, and many other jobs. He and a friend bought a pinball machine and placed in a barber shop. Within months, they could afford to buy more machines and placed them in other barber shops. They sold the business within a year at a profit. He began investing while in high school. And just in case you wondered, Buffett even had a lemonade stand. He decided against putting the stand in front of his house in favor of setting up outside a friend’s house with more foot traffic!

Several years ago, Buffett launched an animated series called The Secret Millionaires Club; we highlighted this in a previous blog. In the series, Buffett mentors groups of aspiring entrepreneurial kids through adventures that solve financial and business problems. The webisodes teach the basics of good financial decision making and basic lessons on owning a business. This first webisode talks about owning a lemonade stand. How cool is that! In the webisode, Elena wants to help her friend Brittany raise enough money to go on her school trip. The Secret Millionaire Club gang helps her find the missing ingredient to make the business a success. Check this out!

Another great quote from Buffett. We know that Lemonade Day kids learn from the experience of owning their own lemonade stand. We’ve profiled many of our kids who are taking those lessons and starting other businesses, so we know the program works.

Beyond the financial lessons, Lemonade Day teaches so much more. We want every child to have this opportunity. Registrations are now open at Lemonade Day cities across North America.

Thanks for reading. Please feel free to share this blog with others and share my contact information, debbie@lemonadeday.org with anyone who would like to know how to help launch Lemonade Day in a city near you!