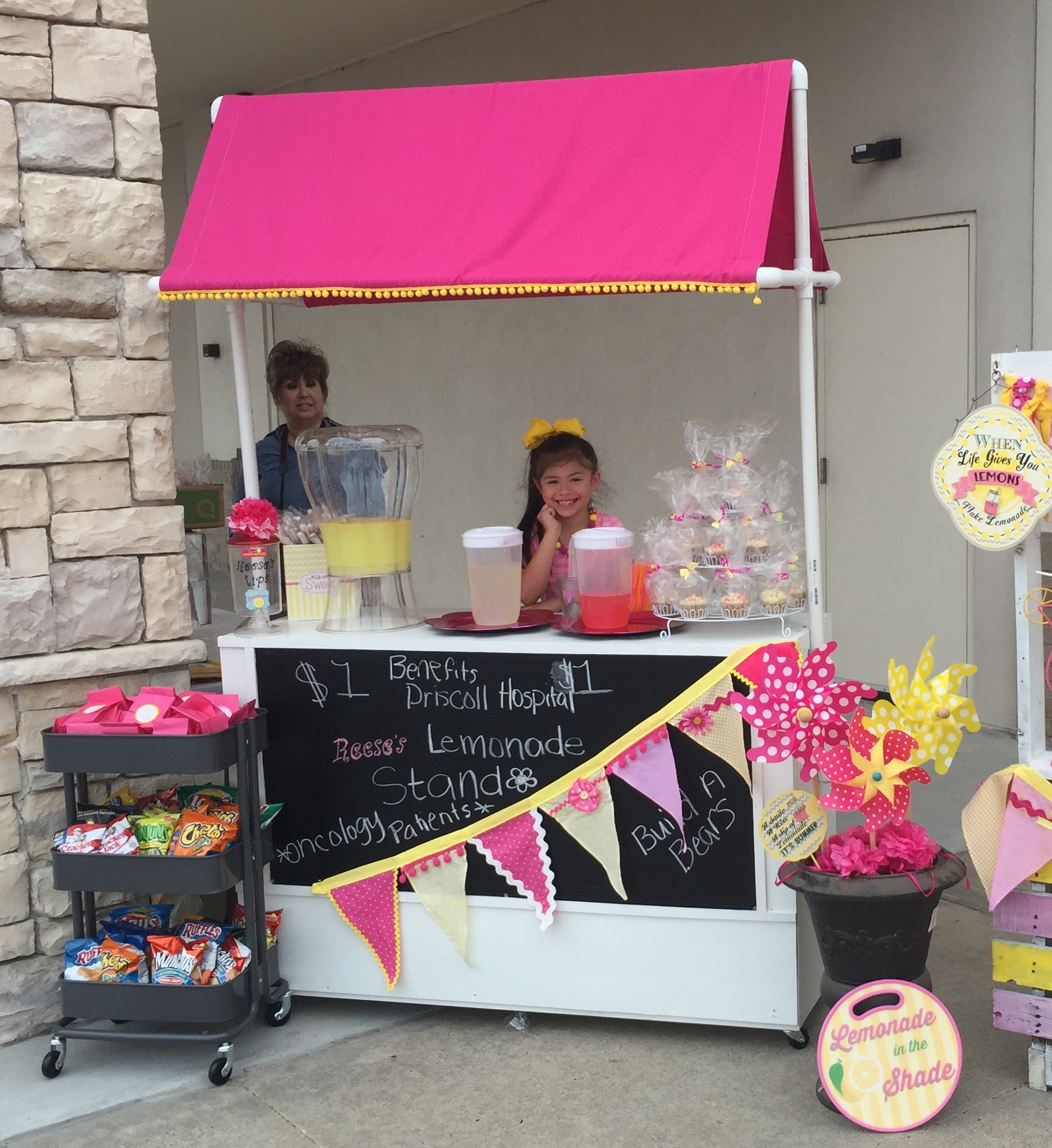 This is Reese’s second year participating. Her stand was located at Mardel Store in Moore Plaza and she did plenty of advertising! Her story was featured in our local mail out newspaper, mentioned on a local radio station, she was the main guest at her school news, she wrote and shared her story on our neighborhood app, took flyers to the hospital where her grandma works, took flyers to CCPD where her grandpa works, and gave invitations out at school.

She enjoys going to Build a Bear and wanted to share that with other children her age. This year she had a goal of buying 30 bears for Driscoll Children’s Hospital Oncology Patients. A few days before Lemonade Day she attended a school PTA meeting where a CASA representative was showing a slide of what they do to help children. Reese decided she would like to share her Lemonade Day profits once she hit her goal for Driscoll.

On Lemonade Day she did so well that she made her goal and was able to purchase 20 additional bears for CASA to distribute to the children they visit. She was so excited; she called all her family to let them know she purchased 50 bears total! CASA and Driscoll employees were very excited to hear the news as well. The bears have been purchased and she’s anxiously awaiting their arrival!

This year, Reese’s Sour Power Lemonade Stand used a different lemonade mixture. She used powdered milk with 2 cups of fresh squeezed lemonade. It was super delicious and a bit on the tart side. Next year, she is thinking of using her grandpa’s trailer, setting up on it, and going mobile all day long to different locations. She will also be adding a sugar free lemonade and using all local ingredients.

Reese is a wonderful entrepreneur with a great creative side. A photograph that she took for a Reflections contest won Nationals and she has been invited to Disney World to attend an awards dinner! She is the first in Corpus Christi to win Nationals! Her art is also going to be traveling around the United States and in January, it will be on display at the Department of Education in Washington DC.