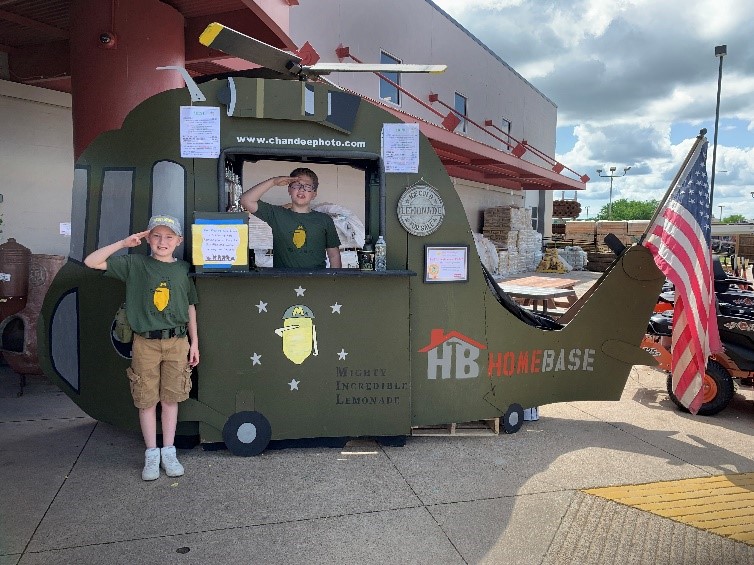 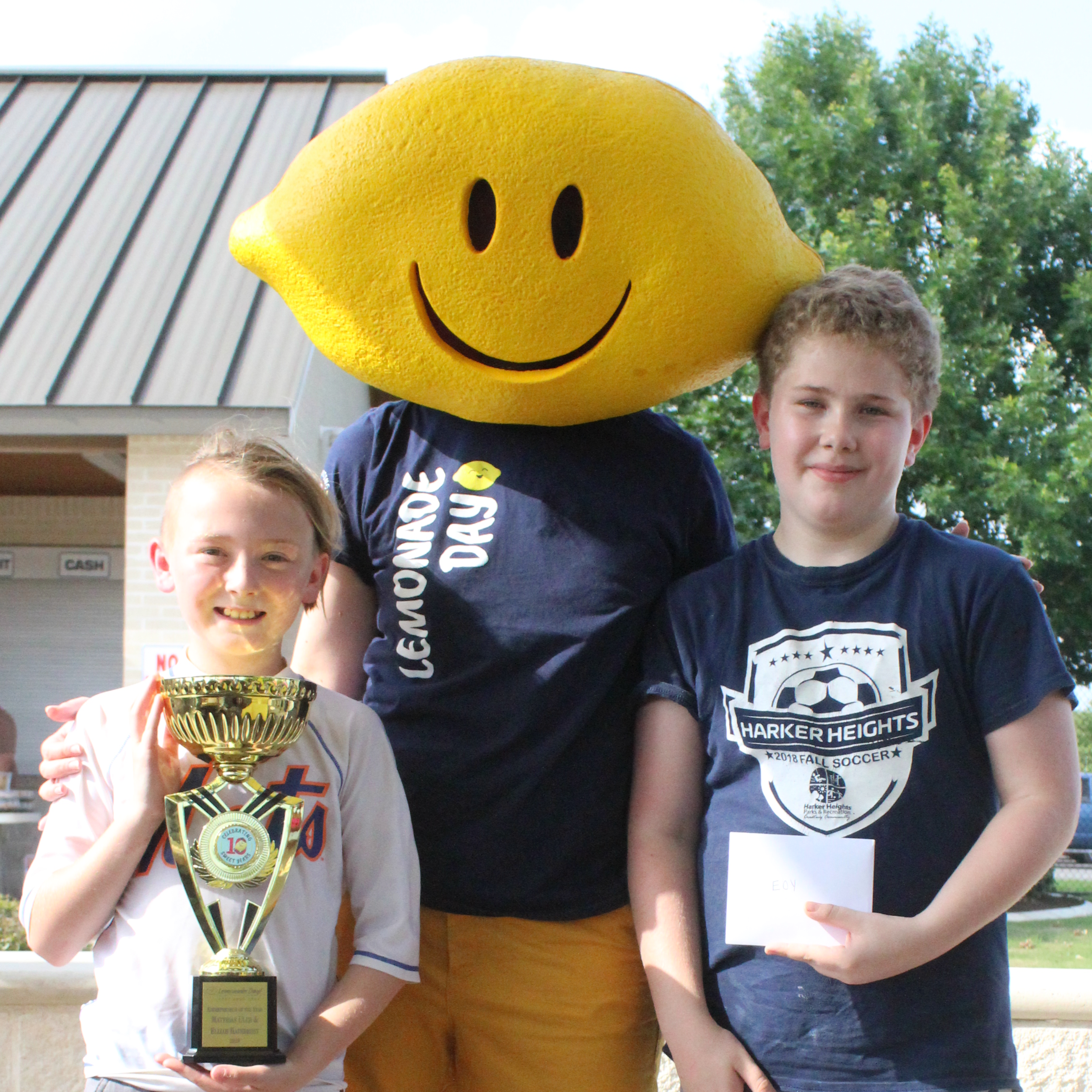 Twelve-year-old entrepreneurs Matthias Ulch and Elijah Haverkost developed a mighty strong business strategy that turned these best friends into business partners. Just like in the business world, they learned to recognize each other’s strengths to help them succeed as entrepreneurs. Elijah is more outgoing and finalized the sale, while Matthias focused on operations and logistics.  Early on, their Lemonade Day business venture taught them the value of collaboration and compromise, starting with their business name, Mighty Incredible Lemonade, and their slogan - mighty strong, a play on the U.S. Army’s official slogan.

As military children, they allowed their family life experiences to influence their brand as evidenced by their logo, a lemon with a military helmet reporting for duty and their Black Hawk helicopter lemonade stand that they built together with minimal assistance. Their menu included different lemonades for each branch of the military and cupcakes with little toy soldiers hiding in “grass” frosting. Each customer was also invited to take a free miniature solider to remember those currently serving in the military. During Month of the Military Child, the local news station, KWTX, featured the boys on the Morning Buzz to discuss their business branding.

When it came to location, the boys approached HomeBase in Copperas Cove with a business proposal. In exchange for use of their retail location on Lemonade Day and supplies for their stand, Mighty Incredible Lemonade would feature the HomeBase logo on their stand as a form of advertisement. HomeBase agreed, and the boys setup in front of the store. 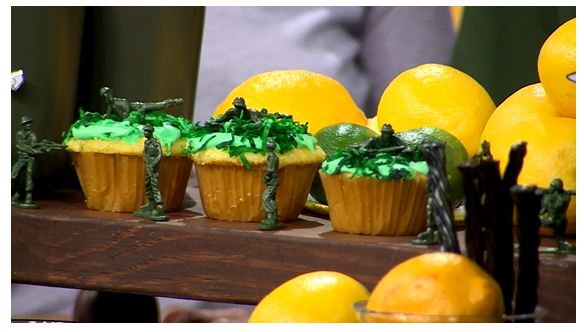 While Matthias and Elijah were very busy on Lemonade Day weekend, their sales actually started weeks prior on the website they created to promote their business. They learned with support from their parents how to build a website and promote their business using technology. Matthias helped organize the layout and track purchases while Elijah created the content. Customers could preorder canteens, hats or shirts with their logo, and the boys learned about the costs associated with selling merchandise online. In total, they earned $1,217, and kept $821 in profit of which they spent some, saved some for the future and shared $122 with their church and $150 with Pink Warriors of Texas, an organization that assists women who’ve been diagnosed with cancer. The boys took it a step further and practiced long-term and short-term saving goals for their future plans.

In addition to learning about business, the boys learned how to navigate the unexpected when the tail of their lemonade stand helicopter broke off the morning of Lemonade Day into multiple pieces during delivery. Though initially discouraged, they quickly adapted to the situation and borrowed tools from HomeBase to fix their stand.

“I was really nervous because I felt like it wasn’t going to work, but it ended up working,” said Elijah. “Now I’m just really proud that we were able to get it altogether in one piece.” That stand also earned them first place in the Best Stand Contest.

Lemonade Day Weekend taught the boys how to overcome obstacles. Their parents shared how they wanted Elijah and Matthias to challenge themselves and take ownership of their business even when it got tough. Though the boys would have liked everything to run smoothly that weekend, they learned owning a business does not come easy. In fact, Matthias has had experience overcoming obstacles in his day-to-day life. He was born premature causing difficulties with his breathing and hearing. Most kids do not understand that these challenges affected his speech development. This year, Matthias wrote an essay for class about overcoming adversity and shared how Lemonade Day was instrumental because he was able to shine. “I have so many hopes and dreams for the future. Next on my list is to have my own YouTube Channel!” said Matthias. “If you are going to work, why not do something you love. YouTubing is a lot like owning your own business.”

Whether it’s lemonade or YouTube, these two entrepreneurs will go far. 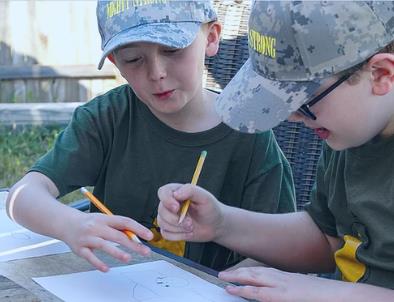 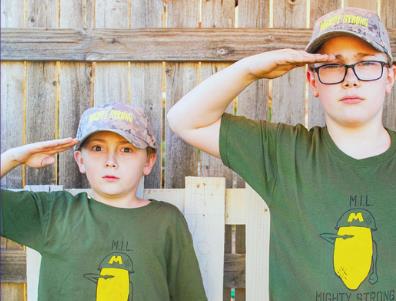