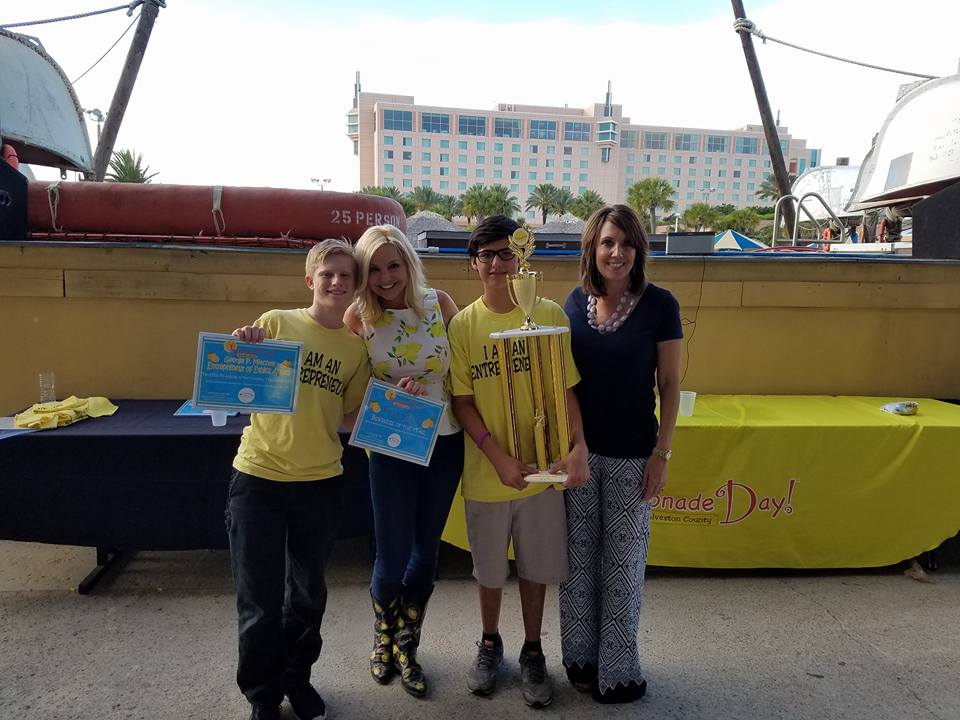 Trysten Pearson and Nathaniel Twohatchett first met at a Galveston Boy Scout Troop Meeting in 2013 and realized that they both attended Odyssey Academy in Galveston, becoming fast friends. Sadly, Trysten was diagnosed with Epilepsy that same year at age 12. After having many severe seizures at Odyssey Academy, Trysten realized he was not alone. Many times Nathaniel had either stayed by his side during a seizure, went to get help or even used the lifesaving technique of “swiping” the VNS implanted device in Trysten’s chest with a magnet after having been taught first aid. They soon became very close and Nathaniel has just naturally become Trysten’s “buddy”.  He has been deemed as a true HERO!

With Trysten’s passion to raise awareness about Epilepsy and becoming an advocate with the Epilepsy Foundation Texas, his friend Nathaniel has been right by his side participating with him at many epilepsy events. You can view Trysten’s full story video here, www.epilepsyvoyages.com.

In 2015, the boys were introduced to Lemonade Day at Odyssey Academy and Nathaniel was the driving force behind the desire to participate. They thought this would be a great way to raise awareness about Epilepsy and donate funds to support epilepsy related programs. Trysten quickly jumped on board and after a successful first year, the boys wanted to participate again in 2016. This time, Trysten had signed up for the elective course offered at Odyssey Academy and was the driving force to participate again for year two.  The boys both agreed, with no debate, that they would again donate 100% of their proceeds.

Besides making over $1,500 on the day of, they established an incredible goal from the very start: to work towards Trysten’s dream of having a pediatric epilepsy monitoring unit in Galveston County.  Because Trysten suffers from severe epileptic seizures, he has to travel to the nearest monitoring unit. The closest unit is currently in Houston, Texas. Trysten and Nathaniel wanted to work towards funding a unit in Galveston County so that children suffering from epilepsy wouldn’t have to travel outside of the county for the medical assistance they desperately need. The Department of Neurology at the University of Texas Medical Branch in Galveston, Texas is now engaged and hopeful that a monitoring unit for Children might be in their future.

As we know, leadership and entrepreneurship aren’t always about the bottom line – even though these two young men exceeded any other stand’s profit. They decided they were going to work toward a tangible goal (the monitoring unit) but they also wanted to raise awareness about epilepsy in Galveston County. Every step in this process included education and awareness pieces. Their materials were branded and their presence was aligned with their mission. They practiced sound business principles and gained a contingency along the way, winning business of the year 2016!

We are so proud of them – and proudly watch as they continue to grow and soar!