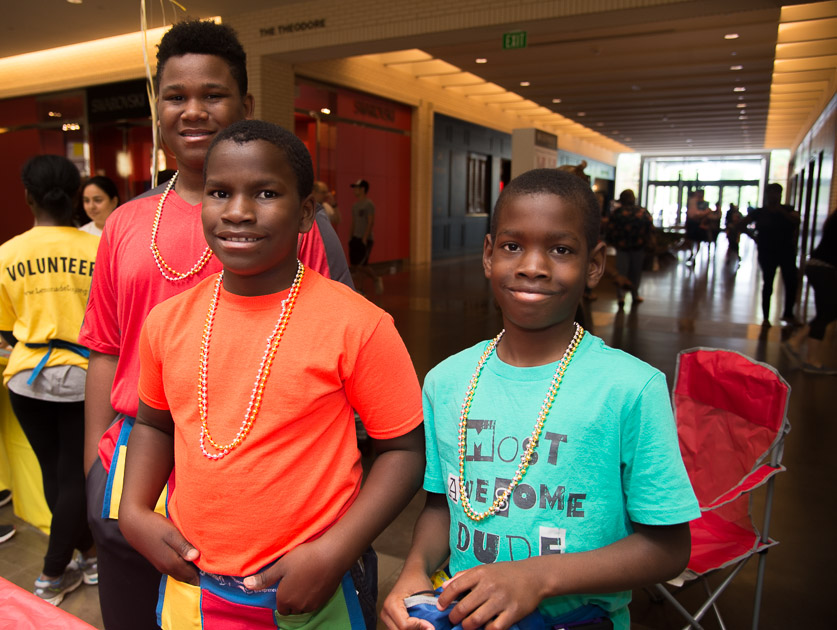 3 J’s Lemonade is made up of 3 brothers – Philip Lotaire (14), Caleb Felton (12) and Elijah Felton (10). In 2015, Elijah participated in Lemonade Day and according to his mother, it helped to distract him and give him something to focus on while he was in the hospital. She would pull out the workbook and he would start planning for next year’s lemonade stand. This year, his two older brothers wanted to participate with him and they helped take the stand to a new level by adding three different flavors: Blackberry, Citrus Circus and Mango Melon. They used all natural ingredients and also made cupcakes and candy apples in the same three flavors as the lemonade.

When they set their goals this year, they agreed to reinvest in their business. They were working toward saving for a truck so that they could take their lemonade business to festivals and events however, Elijah found a match for a bone marrow transplant so Philip wanted to give the profits to help their mother fund a special family trip this summer before
Elijah’s transplant. She insisted that she had budgeted for the trip and told them to use the money to build their business. Philip ended up using some of his portion of the profits to buy all those things that their mom told Elijah “not this time” along the way on the trip.

Next year Philip and Caleb will continue to build their business. They have already worked on new flavors, an advertising campaign and slogan, as well as a new location for Lemonade Day. In addition,they are going to document their business journey with a blog for Elijah so that he can stay connected to the outside world while he is not able to leave the hospital or his home.