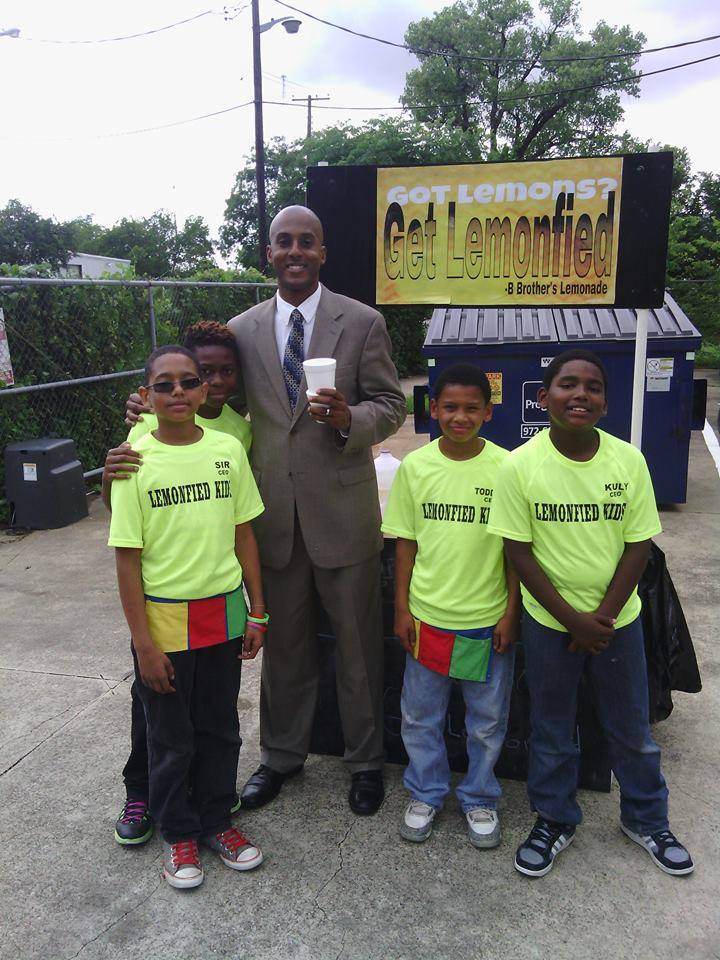 Sir, who enjoys mixing ingredients and wants to be a scientist when he grows up, created the lemonade recipe, Get Lemonfied. Delvakiyo wants to franchise his own Lemonfied Kids stand next year. The young entrepreneurs also marketed their business with a large “Get Lemonfied” sign and shirts that read “Lemonfied Kids.”

They say the most important steps in developing their business were choosing products to sell, getting investors, coming up with a company name, networking and creating business cards. They enjoyed meeting new people, making the lemonade, painting the stand and, of course, counting profits. What challenged them most as a group was agreeing on what colors and materials to use for their stand.

“It was a motivational experience,” says Delvakiyo. Toddric agrees, adding that during the process he developed important social skills such as standing up straight, speaking clearly and shaking hands firmly.

Kuly says he learned to project when he speaks and to smile consistently. “It’s always good to have a business because it teaches life lessons,” he says.

While Kuly and Delvakiyo would not change a thing about their Lemonade Day business, Sir says he would change the menu, and Toddric would add investor names to the sign.

The kids, who worked with mentor Nedra Lilly, have sage advice for others who want to start their own business or Lemonade Day stand: “Always believe in yourself.”

Toddric advises future participants to pick a name that will stand out. Delvakiyo and Sir offered practical, hands-on tips: Make sure you have all your supplies before you start selling, and during a transaction, get the customer’s money first, make change, then hand out the product.

To prepare their stand, the brothers decorated it with Lemonade Day Dallas stress balls. They wrote the menu on a chalkboard. They made a sign with their logo on it out of poster board. Toddric, who was in charge of decorating the stand, drew the design on paper first before making it come to life with spray paint, chalk and contact paper. With the help of their dad, the boys perfected their stand and spread the word about their business via direct marketing, word of mouth, business cards and signage.

They donated a portion of the proceeds to their church, Phileo, and the Salvation Army.

They all plan to participate in next year’s Lemonade Day and are looking forward to new and repeat customers. 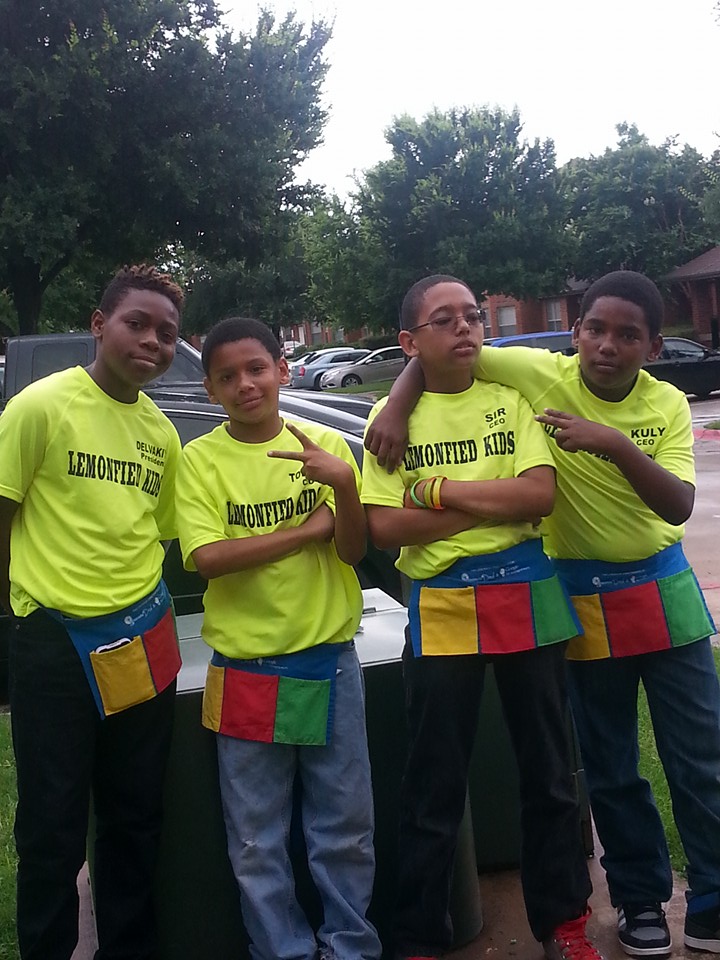