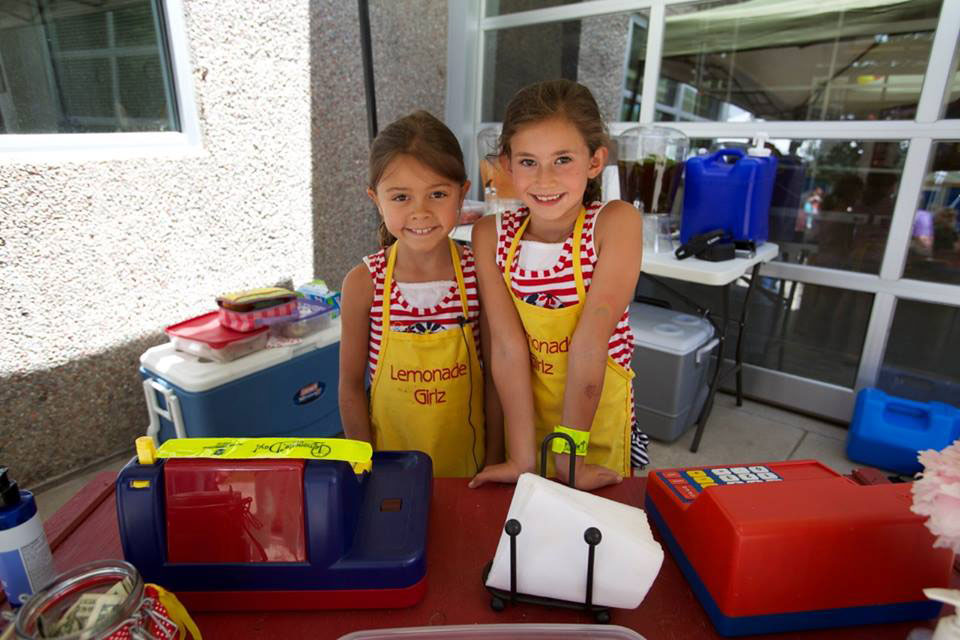 When Michelle Wolzinger joined Lemonade Day back in her freshman year at George Washington University, she was taken by the organization’s mission to empower youth and inspire them to become entrepreneurs. When she transferred to USC a year later, she set out to bring Lemonade Day to Los Angeles.

Lemonade Day is a nationwide program that teaches youth how to start, own and operate their own business, starting from a lemonade stand. It began in Houston, Texas, in 2007 and since then has launched in more than 50 cities across America.

“I fell in love with the program after getting to know some of the kids on a really personal level,” Wolzinger recalled. “It was so amazing to see the light bulb go off in their heads as they realized how they could potentially change their own lives.”

Wolzinger, who is a junior majoring in business administration, started making plans to bring Lemonade Day to USC’s campus last year. She met with James Ellis, the dean of the USC Marshall School of Business, to discuss program logistics and invited other students to be part of her team.

Emily Lowe, a freshman majoring in business administration, is one of ten members who currently sits on Wolzinger’s executive board.

“I was initially attracted to Lemonade Day because it offers such a unique youth program,” Lowe said. “As the [vice president] of university relations, I am responsible for recruiting new membership and getting the word out. This semester, we participated in the involvement fair, conducted interviews, and now we have our first 50 or so mentors.”

In preparation for the business classes they will be teaching in March, USC mentors have already started training and developing their lessons. Each student will also receive an official entrepreneur workbook with 14 lesson plans, including how to set goals, create a product, make a profit and give back to the community.

“The lessons will eventually culminate with an official ‘Lemonade Day’ on April 23,” Wolzinger said. “All of the kids who went through the program will get the chance to run their own Lemonade Stand using the skills they’ve accumulated through their lessons.”

In addition to the showcase day April 23, there will be a tasting competition at USC the weekend before. Wolzinger’s co-founder and business partner Jason Reuben is in charge of organizing the event and bringing in celebrity judges such as the Laker Girls.

Wolzinger credits Reuben as a key player in her quest to expand Lemonade Day. A local tech entrepreneur and Babson College alumnus, Reuben had the same dream of bringing Lemonade Day to Los Angeles, so the partnership was a perfect match.

“My history with Lemonade Day dates back to 2014, when I was on the Board of Overseers at my alma mater,” Reuben said. “A fellow alum reached out to me about the program, and I was immediately drawn to it because of my passion for early entrepreneurship education.”

Before meeting Wolzinger, Reuben worked diligently to get the program going in Los Angeles, but the biggest thing that held him back was not having a solid team.

“For one and a half years, I flew to Houston for workshops, met with people around the nation and even contacted the Chamber of Commerce, but it wasn’t until I was introduced to Michelle that my vision started coming to life,” Reuben said.

As co-founders and business partners, Reuben and Wolzinger each have their own role and responsibilities. Wolzinger is the city director who manages day-to-day operations, while Reuben is the city champion who represents the face of the organization and does all the brand marketing.

The duo is extremely excited about launching their program for the first time this year, but they also acknowledge the work ahead of them.

“Short term, I want to raise more money and recruit more students of course,” Wolzinger said. “But my business plan doesn’t stop after college. Eventually, I want to set up a program at every university, so that every surrounding neighborhood will have their own Lemonade Day program and community of young entrepreneurs.”